"The Tales of Iryvalya: Bloodlines" is now available! 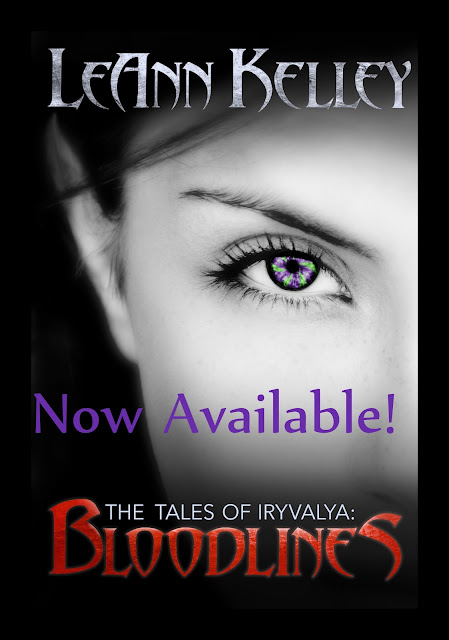 I am so excited to announce my first published book "The Tales of Iryvalya: Bloodlines" is now available for purchase on Amazon! (link provided below along with the summary)

The Tales of Iryvalya: Bloodlines

My world is not like yours. It was once peaceful… beautiful... prosperous... Then the Elves came to power. Greedy and vengeful, the Elves split into two rival Klayns, The Pyrothian Elves and the Lumaryia Elves. These two Klayns have been fighting for centuries, laying waste to everything in their way. Some rebels, The Drayk's, believe in the prophecy… that a mixed-blood Elf will end the war and unite the world in a new era of peace…

…And they believe that mixed-blood Elf is me... an orphan named Nyrieve, raised by Fairies whose true identity has been hidden from her for so long... Me… How can I bring peace to Iryvalya, a world I have barely seen?

The Tales of Iryvalya: Bloodlines by LeAnn Kelley


I just want to take a moment and say how humbled I am by this whole experience. I have always enjoyed writing, but this was the first story that came to me and would not allow me to quit. It has already forced me to start writing book two of the series, and I know there will be more books to follow after!